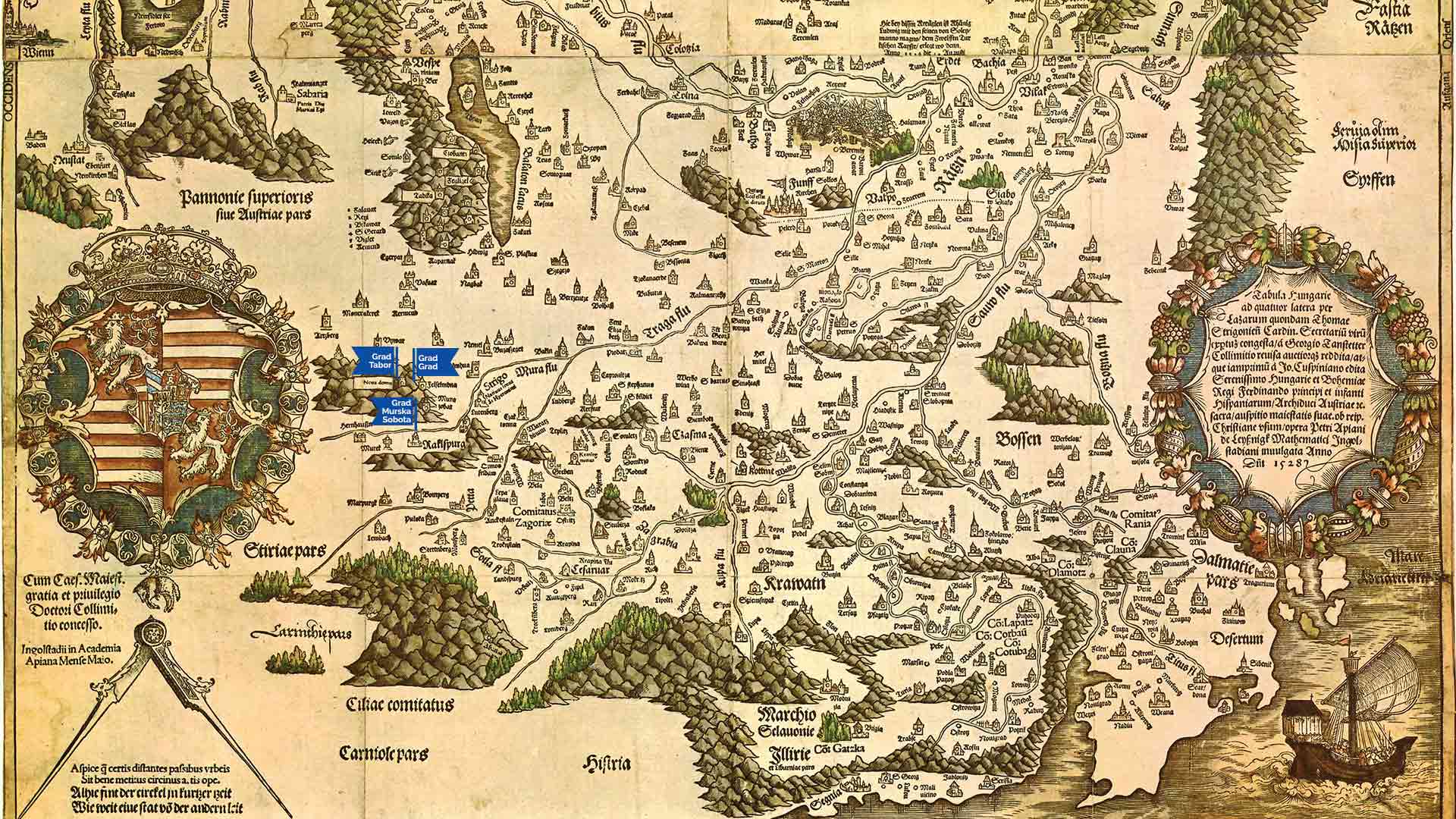 By the 12th century, an ethnic border was established here between the immigrants of Slavic, Germanic, and Hungarian origin, and it has survived to the present day. To the west ran the border between the Kingdom of Hungary, part of which was the Municipality of Vas (Vas megye), including the area of the three castles, and the Holy Roman Empire, whose part was the Duchy of Styria. Despite being united under a single imperial crown in the 16th century, the border did not change until the end of the First World War, when the borders of three new countries were determined: Austria, Hungary, and the Kingdom of Serbs, Croats and Slovenes.The Castle Murska Sobota and Castle Grad (Gornja Lendava) remained in Slovenia, while Castle Tabor, whose history is connected with nearby Neuhaus (Dobra) castle, is in Austria.

The common history of the three castles goes back to the period when they were in the same country and owned by the same noble families. In the early 14th century, the Amadé Gutkeled family owned the joint estates of Belmura (Murska Sobota) and Lyndua (Gornja Lendava /Grad), which at the time covered two thirds of present-day Prekmurje. In 1365 they became a fief of the Széchys, who also acquired the Dobra estate in 1387 – at the time the estate included the expansive area of present-day southern Burgenland, the western Raba Valley, and north-western Goričko. 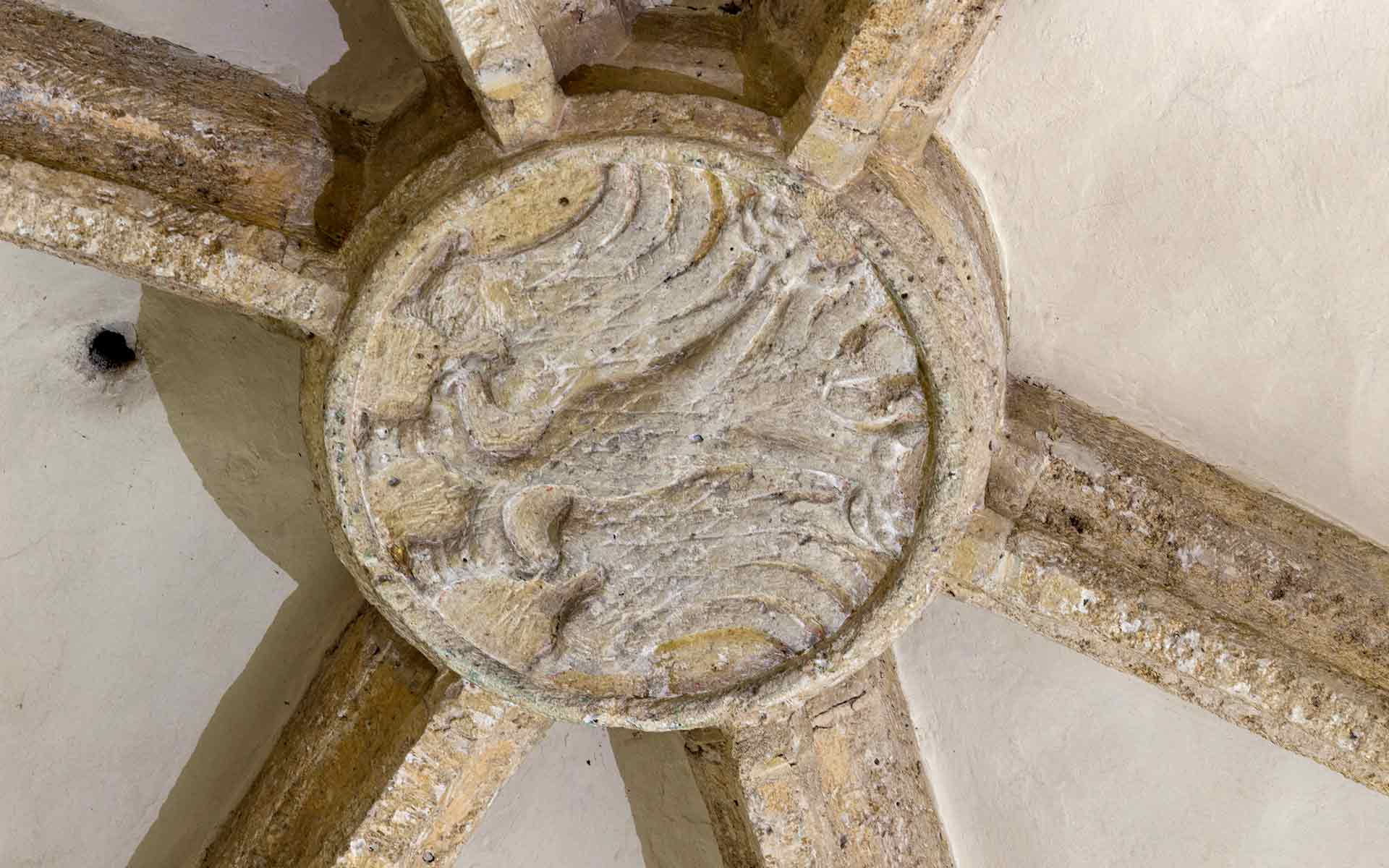 Coat-of-arms of the Széchy family on the vault of the Virgin Assumption parish church in Grad, 14th century. – Photo: Tomislav Vrečič, PMMS.

Following the marriage, in 1607, of an heiress of the Széchys, Eva Popel–Lobkowitz, and Francis II from the Batthyány family, the latter became owners of parts of the estate, which they then further fragmented through marriages and sales.

A part of the Murska Sobota estate and its castle was 1687 acquired by the Szapárys. 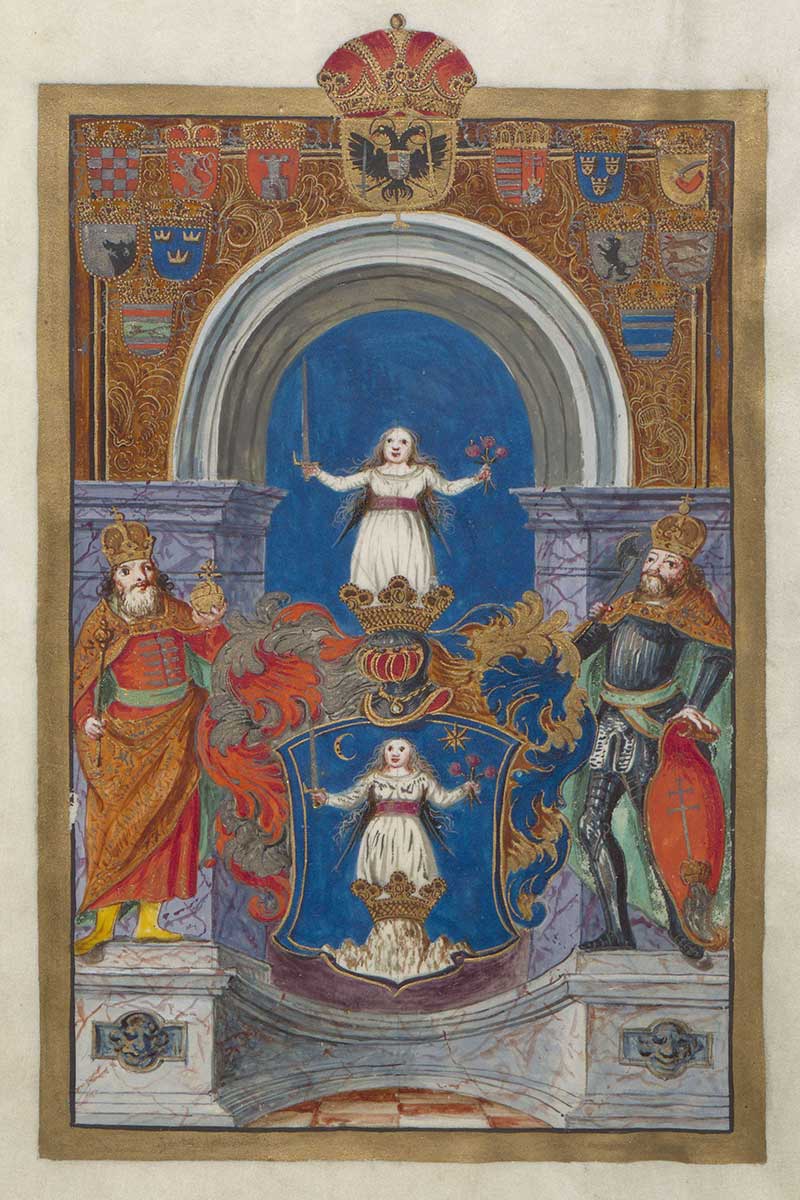 The three castles were the administrative seats of feudal estates, defence structures, and the permanent or occasional residences of their feudal owners. The history of all three begins in the Middle Ages, although the medieval building phases can be found only on castle Grad. 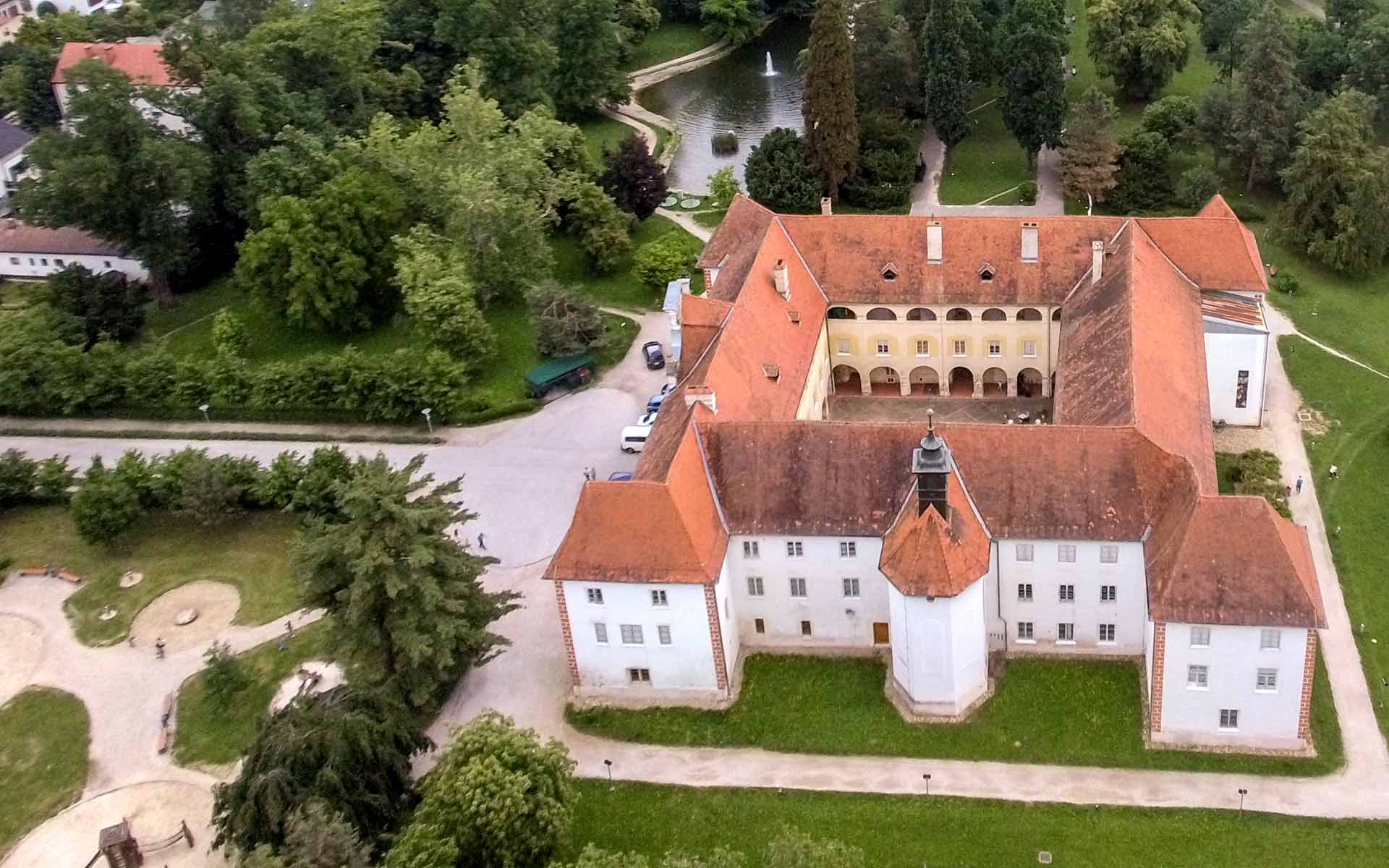 The design of the castle building reveals a Renaissance mansion with four corner towers, connected by wings. Preserved from the 16th century are the stone window frames, niches, and the arch of the northern portal. The castle's present appearance reflects the reconstructions from the 18th century, when the Szapárys turned it into a sumptuous countryside residence. 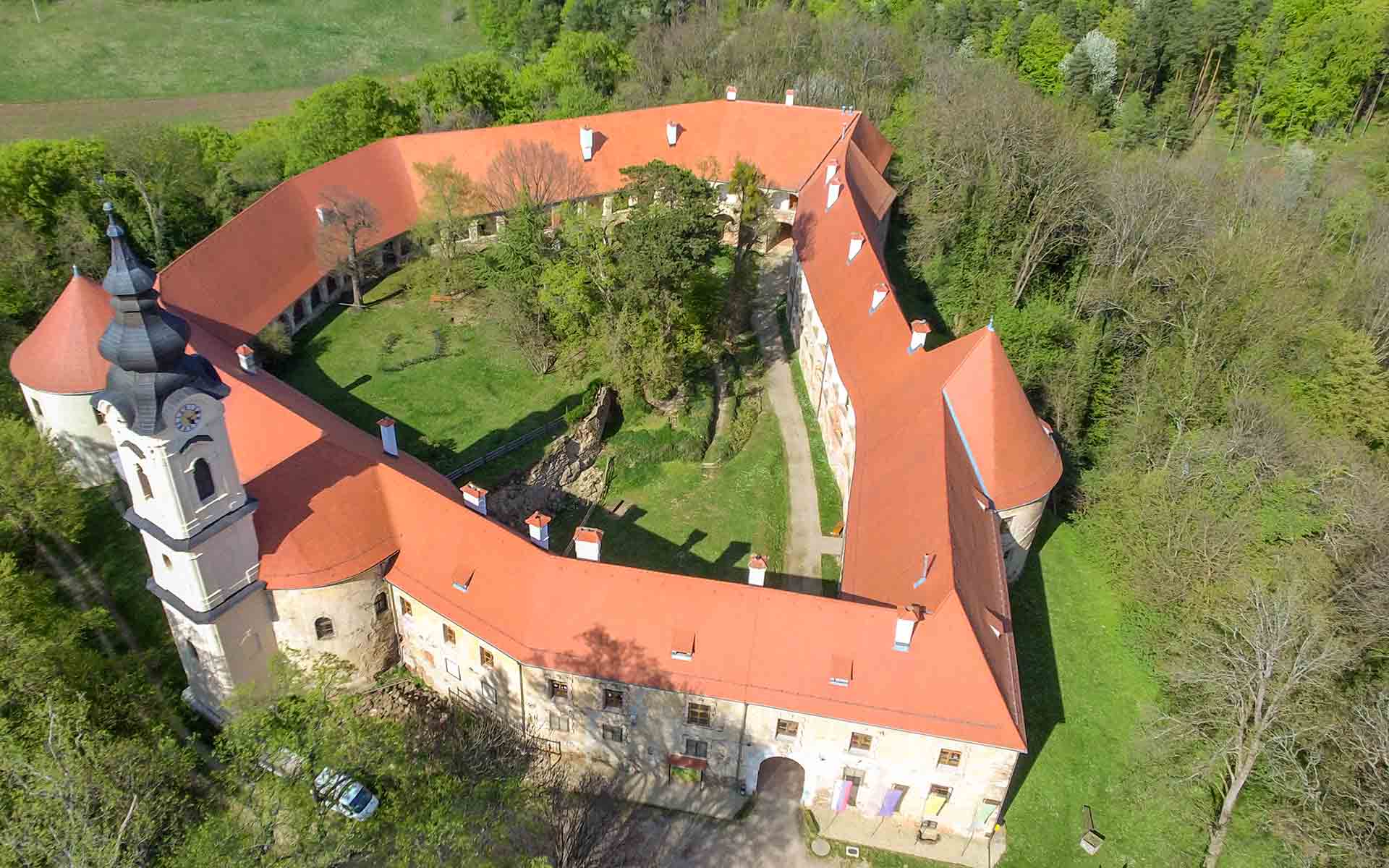 Castle Grad is the eldest and biggest among the three castles. The medieval fortress was changed into the present-day Baroque building, which is held to be the largest castle complex in Slovenia. Together with a part of the preserved park, the castle in his rich pentagonal shape with chapel, multi-level arcade corridors in the courtyard shows building structures from 16th to 19th century. In 18th and 19th century the castle Gornja Lendava had many owners, and after belonging to one of the Batthyány's for quite some years, it has been sold to industrialist Geza Hartner in 1929. After the Second World War the building was nationalised and together with the village beneath renamed to Grad. Today it is a property of the Republic Slovenia and managed by the Public Institute of Goričko Nature Park. 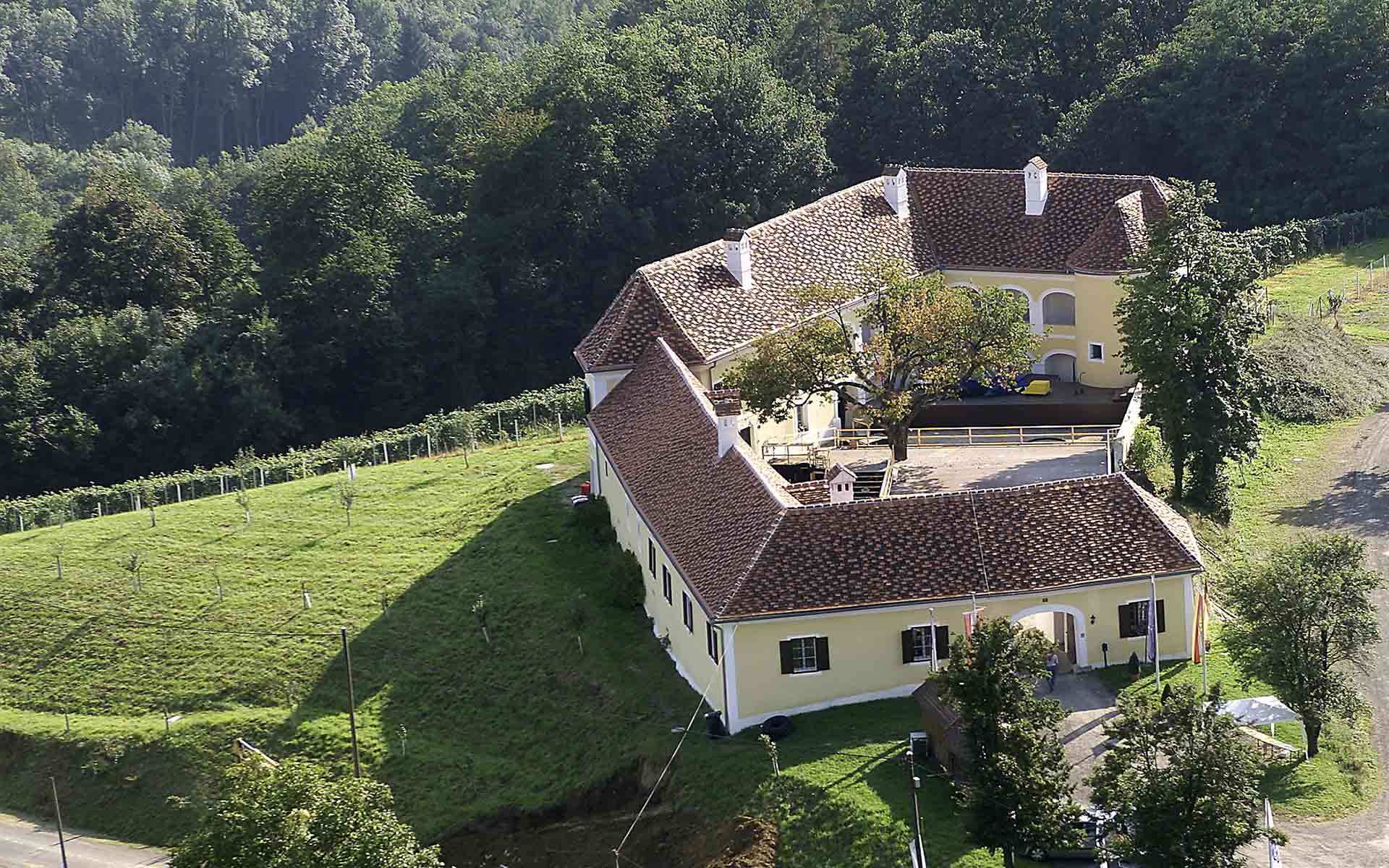 A castle with tradition
and modernity

The manor Tabor, as the castle was also called, got its baroque appearance in 17th century. The medieval predecessor was the large castle Dobra, in German Neuhaus, near Klausenbach, which was the seat of homonymous estate.